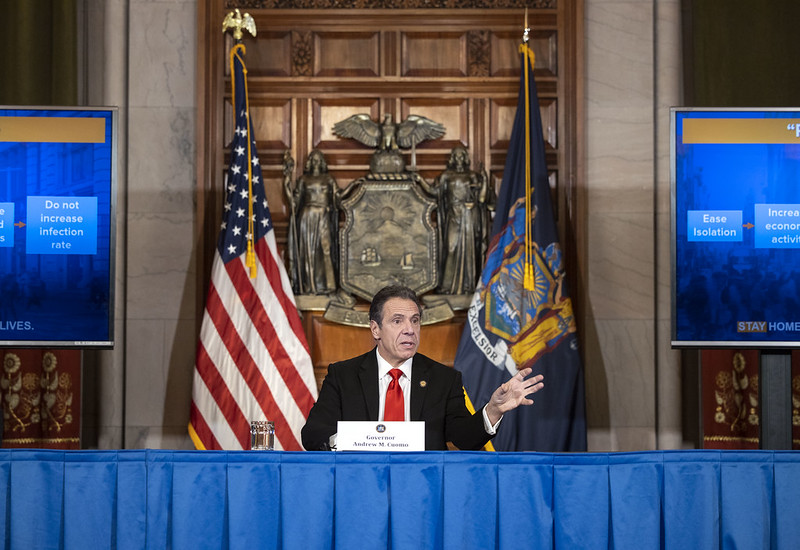 Proverbs 16:18: “Pride goeth before destruction, and an haughty spirit before a fall.”

On April 13, 2020, Gov. Andrew Cuomo held one of his daily press conferences regarding the coronavirus crisis.

At that conference, the Governor stated that the number of new coronavirus cases in New York was beginning to level off, which could indicate that the worst stage of the epidemic is over. He went on to warn—quite reasonably—that a relaxation of social distancing regulations could cause the numbers to spike again. Then, however, the Governor said this:

New York City Councilmember Ruben Diaz objected to Gov. Cuomo’s remarks, stating, “We must praise the Lord for His relief of any suffering. We must not profane God’s name.  We must not deny the truth of God’s mercy and we must live in gratitude to the Lord for all good things.  We must not only credit ourselves, [for] to do so would be blasphemous.”

Jonathon Van Maren of LifeSiteNews.com added, “No matter how loudly God speaks, some of our leaders are refusing to acknowledge the total lack of control they have and the puniness of their power.”

At the Constitutional Convention in 1787, Founding Father Benjamin Franklin—who described himself as a deist—urged that each day’s proceedings begin with prayer. “‘The longer I live,’ he told the delegates in Philadelphia, ‘the more convincing Proofs I see of this Truth, That God governs in the affairs of men.’” Reminding the delegates that there had been daily prayer for divine protection at the beginning of the Revolutionary War, Franklin asked, “‘And have we now forgotten that powerful friend?’” Franklin also quoted Psalm 127:1a: “Except the LORD build the house, they labour in vain that build it.”

We pray that Gov. Cuomo’s cynical dismissiveness of God’s power will give way to a humble acknowledgement of complete dependence on Him.