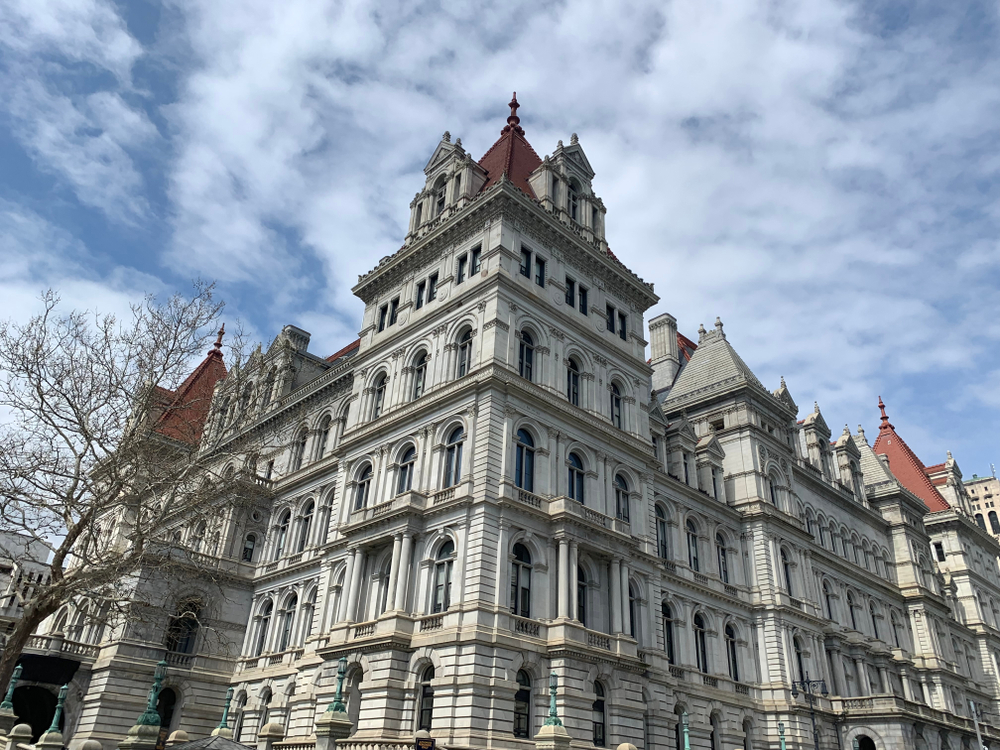 New Yorker’s Family Research Foundation (NYFRF) exists to educate, encourage, and equip Christians for effective participation in New York government. This 2022 Legislative Session in Review will summarize major policy developments that occurred in the New York State Legislature this year in the areas of sanctity of life, families, religious liberty, and justice and mercy. Sadly, the 2022 legislative session featured major legislative attacks on unborn children. Nevertheless, many damaging bills failed to become law this year. NYFRF hopes that this 2022 Legislative Session in Review will provoke New York’s Christians unto love and good works (Hebrews 10:24) as we seek to be Christ’s ambassadors in the halls of government.

Print the Legislative Session In Review!

The 2022 legislative session is noteworthy as the first legislative session with Gov. Kathy Hochul serving as New York’s chief executive. Gov. Hochul was sworn in as governor of New York on August 24, 2021 after Gov. Andrew Cuomo resigned from office. During 2022, the state of New York began returning to normal as the devastating COVID-19 pandemic receded. Gov. Hochul’s first legislative session as governor was marked by the resignation of her hand-picked lieutenant governor, by serious problems with the decennial redistricting process, by continuing debate over issues of criminal justice in New York, and by two Supreme Court decisions—one pertaining to abortion and the other pertaining to the right to bear arms. While Gov. Hochul entered office proclaiming that she would take a “fresh, collaborative approach” to governing, her rhetoric during 2022 fell short of this description. Gov. Hochul’s description of pro-lifers as “Neanderthals,” together with her assertion that pro-life candidates for office should “get out of town” and “jump on a bus and head down to Florida where you belong,” sound wearyingly similar to the divisive, contemptuous attitude displayed by her predecessor.

Every 10 years, after the U.S. Census has been taken, New York undergoes a redistricting process in which its congressional district maps, its State Senate district maps, and its State Assembly district maps are redrawn. Constitutional amendments adopted by New York voters in 2014 transformed the state’s redistricting process in an effort to make the process less partisan. Unfortunately, the new process broke down, making the 2022 election cycle needlessly chaotic. Because the Independent Redistricting Commission could not agree on a set of maps to submit to the legislature, Democratic lawmakers proceeded to create maps without input from Republicans. Those maps were approved by Gov. Hochul on February 3, 2022. The new maps were derided in the media as examples of partisan gerrymandering. Republicans immediately filed a lawsuit challenging the congressional and State Senate maps. On April 27, 2022, the New York Court of Appeals—the state’s highest court—found the maps unconstitutional. The State Assembly maps created by the legislature were found unconstitutional in a separate lawsuit, but remained in effect for the 2022 elections because an appeals court ruled that it would not be possible to draw new maps in time for the 2022 primaries. In May, a trial court judge approved new congressional district maps and State Senate district maps.

At the insistence of Gov. Hochul, criminal justice reforms were included in the 2022-2023 New York State Budget. Previous laws passed by the Democrat-dominated Legislature had limited judges’ authority to impose bail upon criminal defendants. Opponents of the bail laws believed that they led to an increase in crime and allowed repeat offenders to run rampant, while supporters of those laws denied that they had had such an impact. As The New York Times reported, the 2022-2023 budget legislation allowed judges to “weigh specific factors in setting bail, including whether a defendant is accused of causing ‘serious harm’ to someone and whether a defendant has a history of using or possessing a gun.” In addition, the budget increased the number of crimes for which bail can be required by setting new rules for persons accused of repeat offenses. The budget reportedly loosened New York’s discovery rules by giving judges authority to decide whether to dismiss cases when prosecutors acting in good faith have missed deadlines for producing certain information. The budget’s criminal justice provisions appear to have addressed some concerns expressed by law enforcement officials. However, New York City Mayor Eric Adams has characterized the legislation as incomplete because it fails to give judges the authority to jail criminals before trial based on a finding of dangerousness.

The 2022 legislative session in New York was dramatically affected by two decisions from the Supreme Court of the United States: Dobbs v. Jackson Women’s Health Organization and New York State Rifle & Pistol Assn. v. Bruen. Those two decisions are discussed in the articles below.

New York government is in dire need of a course correction. While the Christian community has endured many legislative setbacks in recent years, we cannot allow those setbacks to discourage us from continuing our efforts to speak the truth in love to those in power. NYFRF exhorts our friends and supporters to “withstand in the evil day, and having done all, to stand” (Ephesians 6:13b).