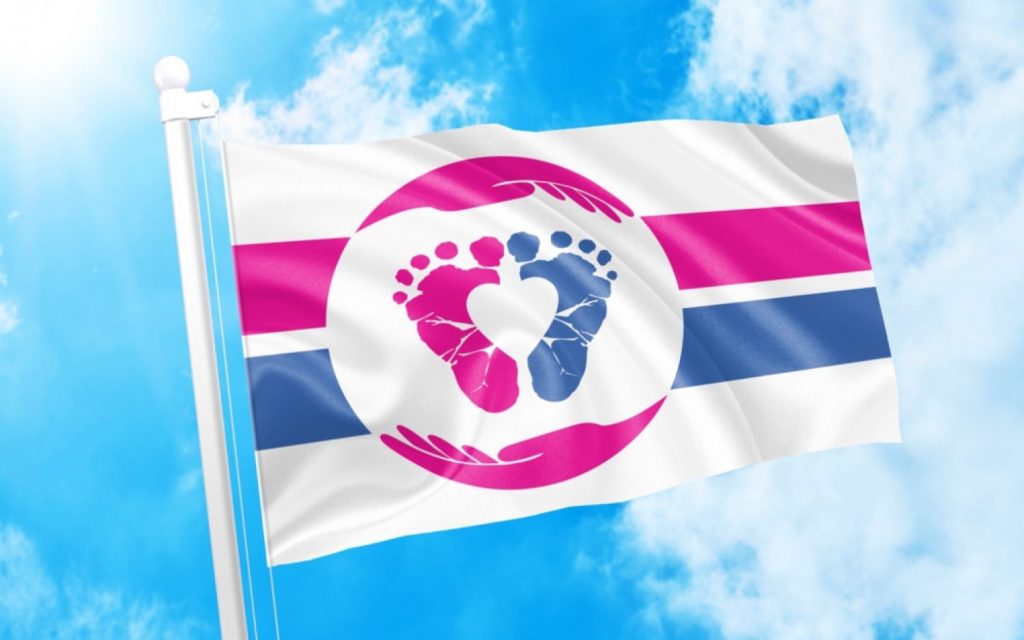 Have you ever wondered why the pro-life movement doesn’t have its own flag?

If Will McFadden has his way, that could change.

McFadden recently created a website, ProLifeFlag.com, and worked with various pro-life groups and flag designers to hold a contest to recommend a design for such a flag. Following two online votes, a winner has been selected. The winning flag shows “pink and blue baby feet encircled by hands with a pink and blue stripe on a white background.”

According to WORLD, “McFadden and his team will promote the final design so more people will recognize the flag as a pro-life symbol.” ProLifeFlag.com asserts the following with regard to the design:

New Yorker’s Family Research Foundation applauds the selection of a flag design. We pray that the design will communicate the pro-life message more clearly and help unify the movement not only here in America, but globally as well.