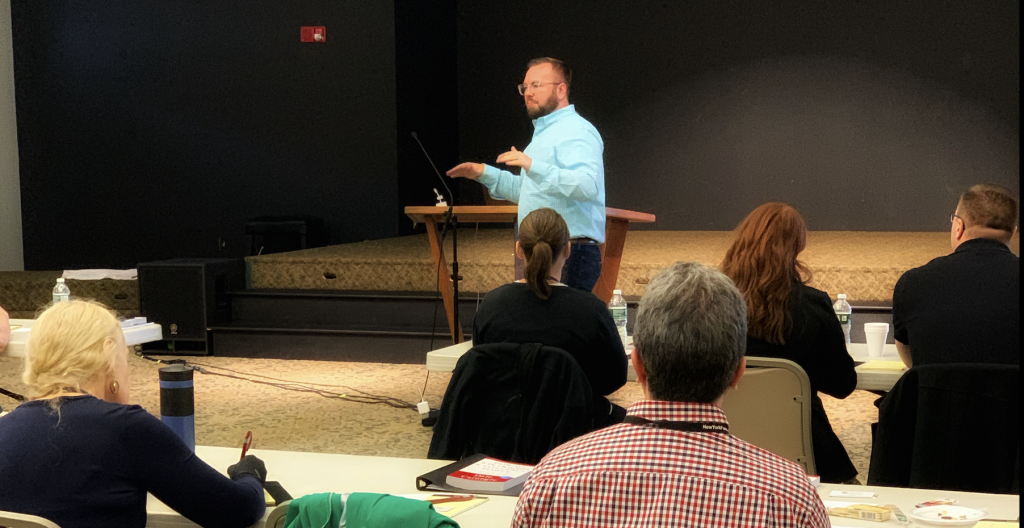 The two-day event was held in the Rochester area and was a resounding success. Nearly 20 New Yorkers who are interested in running for political office or desire to work on other people’s campaigns attended the event. The presenters at Campaign School were Zach Freeman and Joseph Backholm of Imperial Independent Media and NYFRF’s Jason McGuire. Instructional segments included “Seeing the World from a Voter’s Eyes,” “Introduction to Worldview,” and “How to Save the World Without Losing Yourself.” Zach Freeman discussed various campaigns on which he has worked, using them as case studies to instruct attendees on the dos and don’t of politics. Zach also offered attendees helpful resources like “The Ten Commandments of Campaigning.” Joseph Backholm discussed the impact of worldview on politics, asserting that the present-day emphasis on personal happiness has changed Americans’ perspective on right and wrong and on the nature of truth.

NYFRF is thankful to our presenters and to every person who attended Campaign School. We hope that the information provided was useful and edifying, and we pray that godly men and women will step forward to seek elected office in New York. Christians cannot expect government to take righteous actions if we are not willing to get involved.