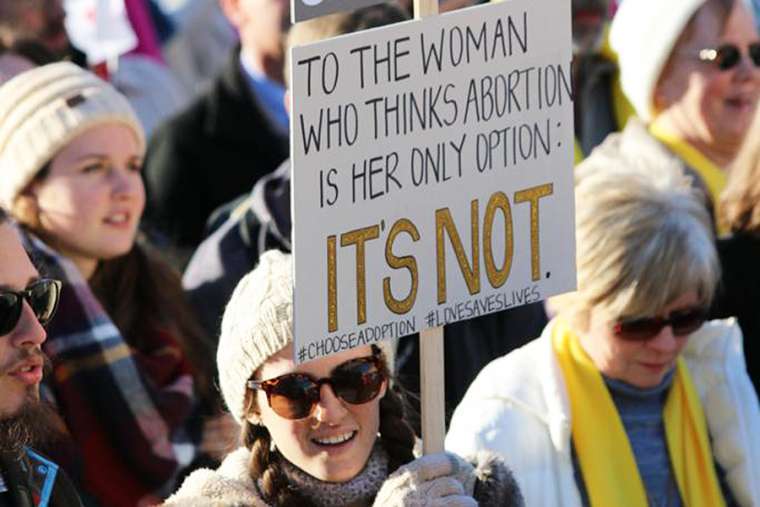 The ultimate goal of the pro-life movement in the United States is simple: To restore respect for human life to our laws and our culture, starting with the issue of abortion.

The pro-life movement has experienced significant successes over the past several decades, as hundreds of pro-life laws have been passed in the states. Those laws—which include bans on taxpayer funding for elective abortion, parental notification and consent requirements, partial-birth abortion bans, and mandatory waiting periods—have taken incremental steps toward the movement’s ultimate goal by making abortion more infrequent. The movement has also experienced occasional success in the courts, as the Supreme Court has upheld the constitutionality of some pro-life laws.

While the work done by pro-life advocates in legislatures and courts is vitally important, the work that we do to influence our culture is important as well. In a nation where the mainstream media and the academy are mostly hostile to pro-life perspectives, how do we influence the culture in a pro-life direction?

Recent polling from Marist suggests that pro-abortion extremism may be doing some of the work for us. Last month, a Marist poll commissioned by the Knights of Columbus showed that 47% of Americans identify as pro-life and 47% identify as pro-choice. According to Marist, this “is the first time since 2009 that as many or more Americans have identified as pro-life as have identified as pro-choice” in a Marist poll. Marist’s February poll also showed the following:

According to poll director Barbara Carvalho, “‘the increased discussion [of late-term abortion] in the public forum in the past month appears to have made the biggest difference in how people identify on the issue.’” Supreme Knight Carl Anderson of the Knights of Columbus added, “‘Arguments in favor of late-term abortion are simply not convincing the American people. If anything, since these [abortion expansion proposals in New York and Virginia] have been unveiled, people are moving noticeably in the pro-life direction.’”

Could the pro-abortion extremism on display in New York and Virginia be sparking a sea change in how Americans view abortion? At New Yorker’s Family Research Foundation, we pray that this is the case. Friends, let’s be proactive in making the case for life to friends and neighbors who may not share our views. As more and more Americans hear the truth, their consciences may move them to stand for life.