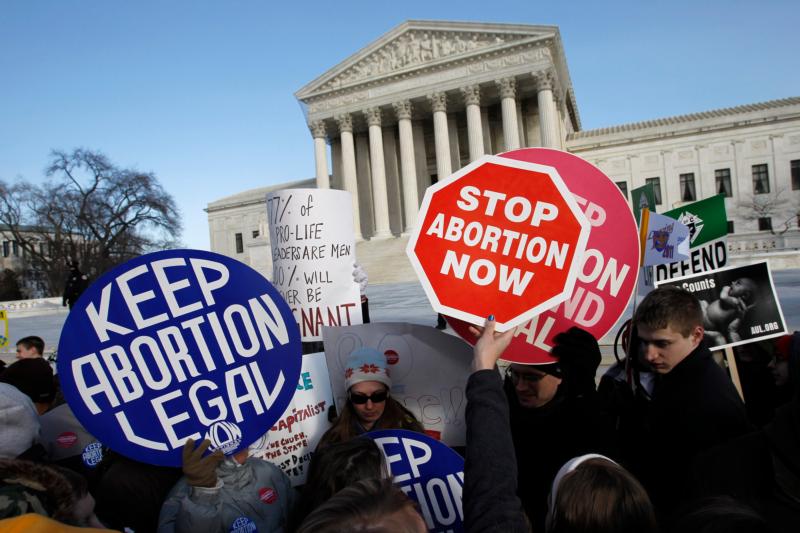 The horrendous Supreme Court decision in Roe v. Wade (410 U.S. 113 [1973]) was handed down on January 22, 1973. In Roe, the Court held that the “right to privacy” was a fundamental right under the Due Process Clause of the Fourteenth Amendment to the U.S. Constitution, and that this “right” encompasses a woman’s “right” to choose abortion. (Of course, the words “privacy” and “abortion” are not mentioned in the Fourteenth Amendment.) The Roe decision and other related decisions stand for the proposition that states may not place undue burdens upon access to pre-viability abortions, but may regulate post-viability abortions so long as abortion remains available to protect a woman’s life or health. (The “health” exception has been interpreted very broadly in U.S. courts, and may include matters such as emotional and financial health.)

In the past 35 years, the Court’s decisions in Roe and related cases have resulted in the loss of tens of millions of innocent lives through legal abortion. The enormity of this national sin is almost beyond human comprehension. While pro-life Christians encourage pregnant women to choose life, and while we also take incremental steps to pass laws that make abortion less available, overturning Roe v. Wade is a key part of our movement. If the Supreme Court were to overturn Roe in a future case, states would again be free to set their own abortion policies without interference from liberal federal judges.

At times, the Roe decision is referred to as “settled law.” Supporters of abortion may use this phrase to discourage or dismiss any attempt to overturn Roe, while opponents of abortion may use it to excuse their own unwillingness to make the abortion issue a priority. However, the phrase “settled law” is misleading. In the United States, no law is really settled. State and federal laws may be repealed by legislatures or held unconstitutional by courts, lower court decisions can be reversed by higher courts, and Supreme Court decisions can be reversed by future Supreme Courts (or by voters through the constitutional amendment process). At New Yorker’s Family Research Foundation, it is our prayer that the Supreme Court will one day have the moral courage to overturn this evil decision. To us, there is nothing “settled” about Roe v. Wade.