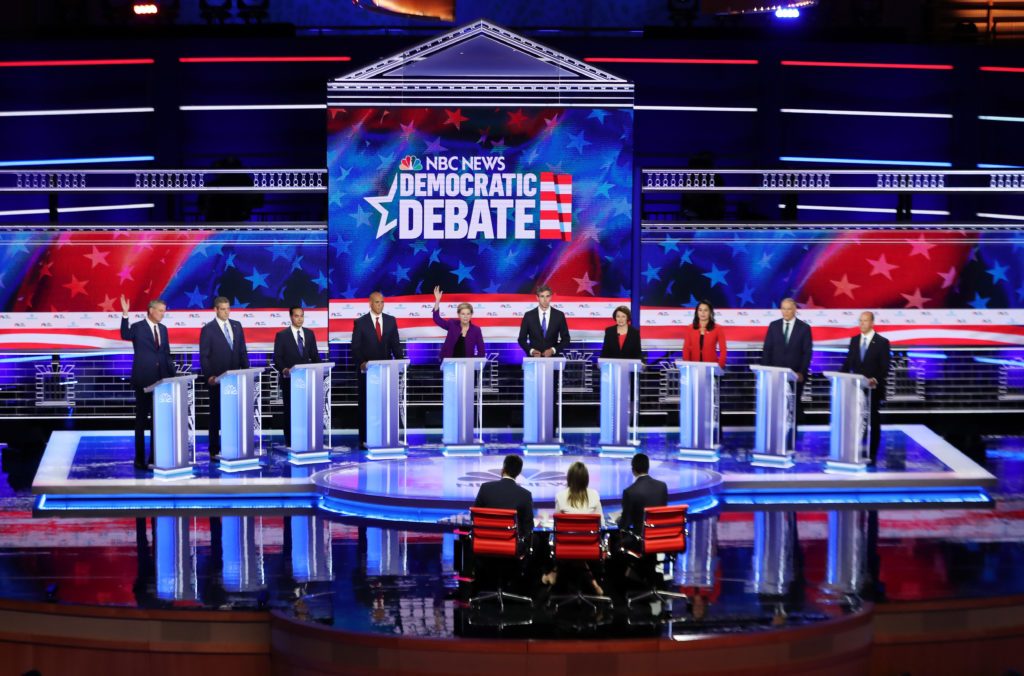 The first presidential debate of the 2020 election cycle was held on June 26, 2019 in Miami, Florida. Ten of the 20-plus Democratic presidential candidates participated, while 10 others were scheduled to participate in another debate the following evening.

While the 10 candidates offered differing views on matters like health care, foreign policy, and immigration, there was one issue that united them: Abortion. Every major Democratic presidential candidate supports abortion, and many of the 10 candidates on the debate stage took pains to emphasize the fervency of their pro-abortion stances.

Without being asked, former U.S. Rep. Beto O’Rourke (D-TX) brought up the issue of abortion while discussing health care. According to Rep. O’Rourke, health care “has to mean that every woman can make [her] own decisions about her own body and has access to the care that makes that possible.”

Later in the discussion, Gov. Jay Inslee (D-WA) took the position that it should be illegal for health insurance companies not to cover abortion. He said:

It should not be an option in the United States of America for any insurance company to deny [women] coverage for their exercise of their right of choice. And I am the only candidate here who has passed a law protecting a woman’s right of reproductive health and health insurance… I respect everybody’s goals and plans here, but we do have one candidate that’s actually advance[d] the ball.

Moderator Lester Holt later prefaced a question by noting that every candidate on the state supports the “right” to abortion. None of the candidates argued with that characterization.

Former HUD Secretary and Mayor of San Antonio, Texas Julian Castro expressed the belief that abortion should be accessible to women or “someone in the trans community” regardless of ability to pay. And Sen. Elizabeth Warren (D-MA) called for the passage of a federal law to protect the so-called “rights” set forth in Roe v. Wade.

Unity is only a good thing if people are united in pursuing what is good. Unfortunately, when it comes to abortion, the Democratic presidential candidates are united in support of evil.