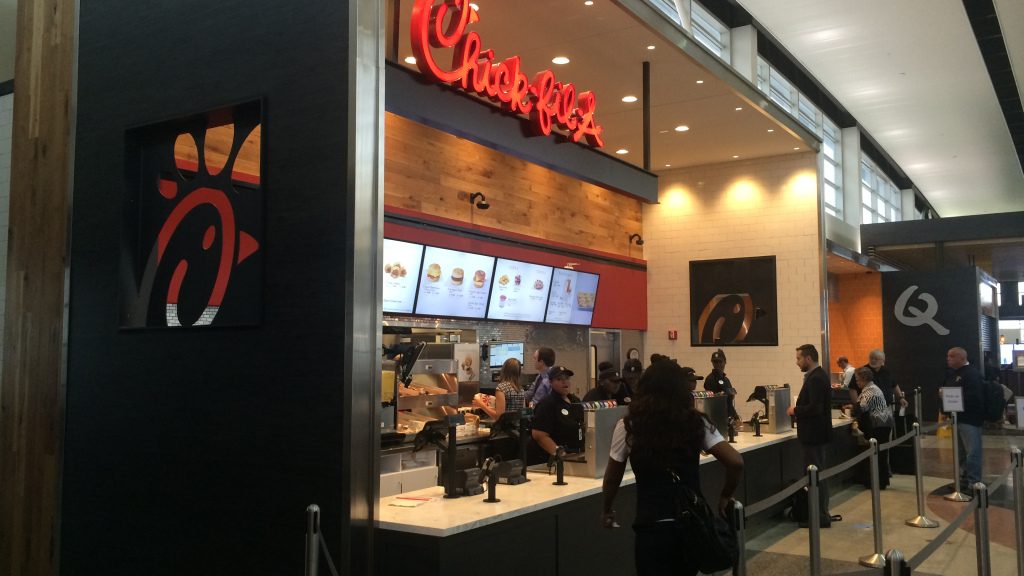 On March 28, 2019, Buffalo Niagara International Airport announced that a Chick-fil-A restaurant would open at the Airport this fall. The Niagara Frontier Transportation Authority (NFTA) laid out plans for Chick-fil-A to anchor a new restaurant area at the Airport. The very next day, the Buffalo News reported that the plans had been scratched.

Why the sudden reversal? Politically-correct pressure from a liberal politician, that’s why.

Upon hearing of the impending Chick-fil-A opening, Asm. Sean Ryan (D-Buffalo) went on Facebook to vent his displeasure. According to Asm. Ryan, “‘Chick-fil-A has a long history of supporting and funding anti-LGBTQ organizations… As a state entity, the NFTA has a responsibility to avoid doing business with corporations who fund hateful and divisive groups… [Allowing] a corporation like Chick-fil-A to do business at the Buffalo Niagara International Airport will help to fund continued divisive anti-LGBTQ rhetoric.’” Instead of ignoring or contesting the Assemblyman’s overheated rhetoric, the NFTA folded like a cheap table and reversed its decision.

What’s the big deal, you ask? Since when does New Yorker’s Family Research Foundation get involved in airport restaurant choices? Chicken isn’t the problem here, folks. The first problem is dishonesty. The American left has spent many years branding Christians and conservatives as hateful and intolerant simply because we oppose their agenda. Chick-fil-A is a Christian-owned company with a history of donating to Christian causes and opposing same-sex “marriage”; that is the reason the company is attacked by the left. Chick-fil-A is not a company with a “hateful” or “divisive” track record, and Asm. Ryan’s words to the contrary are lies.

The second problem is that the politically correct dogmatism displayed by some leftists makes both New York and the nation less free. Same-sex “marriage” has been legal across the country since 2015, but many on the left are not satisfied. Instead, they make continued efforts to punish those who dare to disagree with them. These efforts by the left—whether the issue is marriage or something else—have occurred across the country for years; in fact, they happen so often that it is easy to become desensitized to them. But every time Asm. Ryan and his fellow travelers pull one of these stunts and get their way, the left gains power. Their message is simple: Believe what we believe. If you don’t believe what we believe, be quiet. If you refuse to be quiet, we will come after you.