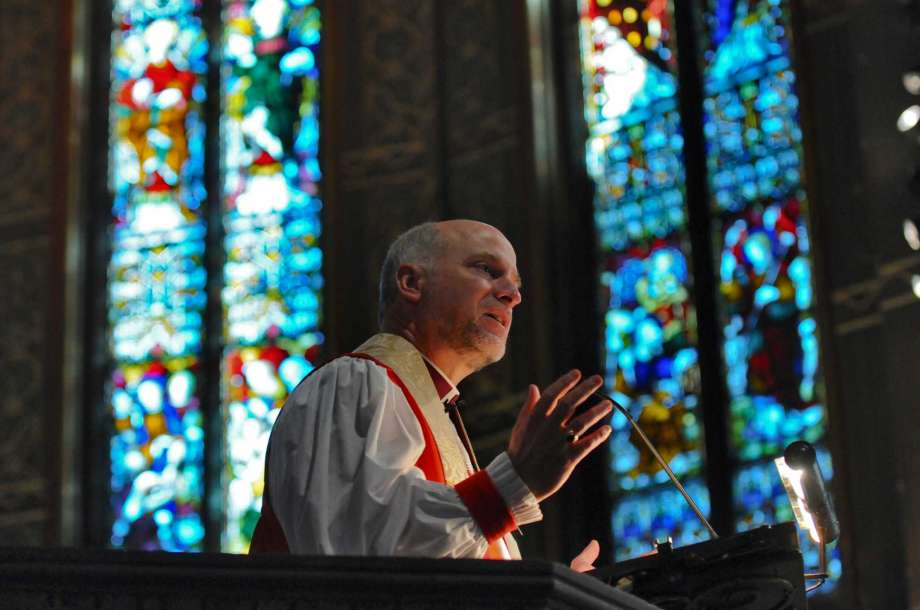 Last December, New Yorker’s Family Research Foundation reported on the controversy surrounding same-sex “marriage” in the Episcopal Diocese of Albany. Since then, the controversy has shown no sign of abating.

Last week, the Albany Times Union reported that the Bishop of the Diocese, William Love, will face a disciplinary hearing. Bishop Love’s so-called “offense” is his unwillingness to comply with Episcopal Church Resolution B012, which requires each Episcopal diocese to allow same-sex “weddings” to be performed in its churches. On Wednesday, September 18, the Episcopal Church’s Title IV Reference Panel referred Bishop Love to a five-person panel that will determine whether to punish him for faithfully standing on Scripture and against the heresy of his own denomination. Title IV is a portion of the Canons of the Episcopal Church that addresses “‘ecclesiastical discipline,’ a canonical process adopted by the Church to encourage accountability, reconciliation, and pastoral response when a member of its clergy (deacons, priests, or bishops) is accused of misconduct.” Earlier this year, Presiding Bishop Michael Curry of the Episcopal Church had placed Bishop Love on restriction, noting that his refusal to acquiesce to same-sex “marriage” “may constitute a canonical offense under Canon IV.4(1)(c) (‘abide by the promises and vows made when ordained’) and Canon IV.4.(1)(h)(9) (‘any Conduct Unbecoming a Member of the Clergy’).”

Bishop Love responded, “‘It is my hope and prayer that God’s will will ultimately be accomplished whatever the outcome of the Title IV proceedings.’” We agree, and we also pray for the protection of Bishop Love as he experiences persecution from his own church for the sake of righteousness.