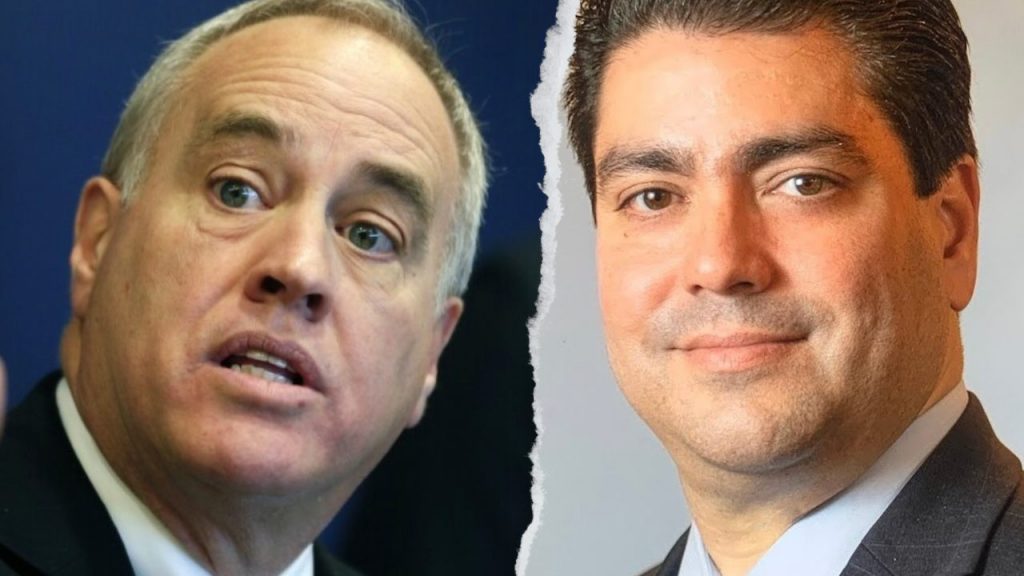 This year, Election Day falls on November 8, 2022. New York voters will elect candidates to various offices, including the office of New York state comptroller. The New York state comptroller serves as the state’s chief fiscal officer, administers the state retirement system and the state payroll, manages the state’s debt, and report on the state’s finances. Incumbent Tom DiNapoli is running on the Democratic and Working Families Party lines and is seeking re-election to his fourth full term in office. Challenger Paul Rodriguez is running on the Republican and Conservative Party lines.

Comptroller DiNapoli is a Long Island native and a graduate of Hofstra University and The New School University’s Graduate School of Management and Urban Professions. DiNapoli was elected to the Mineola Board of Education at the age of 18. He represented New York’s 16th Assembly District from 1987 to 2007. In 2007, the New York State Legislature elected DiNapoli to the post of New York state comptroller to fill a vacancy in the position. Comptroller DiNapoli was re-elected in 2010, 2014, and 2018. His campaign website emphasizes the performance of the state pension fund, his experience, and his efforts to combat climate change and advance other progressive priorities.

According to Spectrum News, Paul Rodriguez is a Queens native who spent part of his childhood in Puerto Rico and now lives in Brooklyn. He is a graduate of the University of Georgia and completed a Fellowship in Economics at Stanford University. Rodriguez has Wall Street experience at Salomon Brothers, Merrill Lynch and UBS. His Linkedin profile states that he has managed the development office at the Roman Catholic Archdiocese of New York. Rodriguez’s campaign website stresses government accountability, budget oversight, and the removal of political and ideological considerations from pension fund investment decisions.